Introduction to Meghalaya - The Meghalaya Odyssey

Blessed with abundant greenery, wettest place on earth, crystal clear rivers, high hills, flat plains, countless waterfalls and amazing culture, Meghalaya is probably the most beautiful state in India. Not only would you find Meghalaya endowed with immense natural beauty, if you go about understanding the ways of this part of the world, you will without a doubt be left startled. Nicknamed as 'Scotland of the east' by British empire, Meghalaya also boasts of 'Asia's cleanest village' - Mawlynnong adjudged by Discover India magazine. Meghalaya has kind of remained cut-off from mainstream India just like other North Eastern states. This has allowed it to preserve its true spirit and prevent itself from the rapid commercialization seen in many other parts of India. Meghalaya has thus remained relatively pure both in terms of geographical landscapes and heart's of people and culture of the state; and this is what makes it a must visit place for travelers. In this blog - Introduction to Meghalaya, we will talk about the best time to visit Meghalaya, its culture and .spend some time understanding its geography.

In this travel series - 'The Meghalaya Odyssey' we give you a glimpse of the people, the culture and the ways of life in Meghalaya in detail. The series should serve as a one stop travel guide which gives you all the information required along with recommendations on stay, activities and itinerary so that you can plan your own trip to Meghalaya. This is the first article in the series - 'Introduction to Meghalaya' we introduce Meghalaya to you and give you a basic understanding of people and culture of this state.

'The Meghalaya Odyssey' is a series of 10 travel blogs and 2 photo blogs. Check out other blogs in the series by clicking on the below mentioned links or photographs:

1. Introduction to Meghalaya - This article

2. Plan your trip to Meghalaya

10. Amazing Dawki, Shnongpdeng and the river Umngot in Meghalaya - A Photo blog

Introduction to Meghalaya - Location of Meghalaya

Meghalaya in India is a horizontal shaped state sandwiched between Indian state of Assam to its north and east and by Bangladesh in its south and west. One of the seven sister states of North East India, Meghalaya has a unique mix of terrain which ranges from steep sub-Himalayan plateaus to sudden plains all within 300 kms of length and 100 kms of breadth.

The state of Meghalaya can be divided into 3 distinct parts which have their own distinct tribes, languages, customs and attire. Each of these tribes have many a things in common too such as- the religion followed is Christianity, social system adopted is matrilineal and major occupation is agriculture. -

Garos who inhabit Garo hills of western Meghalaya and some in Bangladesh are originally a Tibeto-Burman race. Despite having migrated from Tibet, a major Buddhist centre, Garos seem to have embraced Christianity during British rule of India. Divided across 5 districts, Tura is the main urban center of Garos. While there are plenty of tourist destinations across Garo districts, most of them are unexplored and few tourists visit this part of Meghalaya due to local disturbances and violence in the past. Things are however slowly changing.

Khasis who form the majority population as well as hold maximum area in Meghalaya are also one of the biggest tribes in North east India. Spread across parts of Assam and Bangladesh, Khasis are originally considered to be a Mon-Khmer race who migrated to this region (Mon refers to Myanmar and Thailand while Khmer empire used to prevail in present day Cambodia, Laos, Vietnam). Divided across 4 districts - Shillong, the capital of Meghalaya lies in Khasi hills. Along with Mawphlang, Cherrapunjee, Mawsynram, Mawlynnong, Dawki etc. Khasi hills are the most popular tourist destinations in Meghalaya and in this series - The Meghalaya Odyssey, we will cover primarily Khasi region.

Jaintias who reside in Jaintia hills of east Meghalaya also have origins similar to Khasis. Spread across 2 districts, Jowai is the main urban center of Jaintias and is often frequented by tourists. A smaller clan compared to Khasis and Garos, Jaintias are largest producers of limestone and coals in Meghalaya and one would easily come across trucks full of these natural minerals being exported to Bangladesh.

Garos, Khasis and Jaintias are 3 distinct tribes of Meghalaya and the geographical areas are clearly divided between the three tribes

Meghalaya has known to be inhabited since neolithic age when man first began farming. Though little is known of prehistoric times due to limited archaeology done in the state, beliefs suggesting both a volcanic eruption wiping of civilization and presence of sea in this region are popular in local folklore. Details about origins of tribes of Meghalaya too is something that seems to be inferred by linguists based on similarities observed in languages. Though Garos, Khasis and Jaintias had their own kingdoms, history of Meghalaya is clear only after arrival of British in India in 19th century. After various structural changes through British and in independent Indian rule, Meghalaya became an autonomous state with its own legislative assembly only in 1972.

Introduction to Meghalaya - Culture of Meghalaya

Understanding culture of Meghalaya will leave you as much in amazement as its landscape would:

Introduction to Meghalaya - Climate of Meghalaya

The word ‘Meghalaya’ is derived from the Sanskrit word – ‘Megh’ meaning cloud and ‘Alaya’ meaning home; hence this state is also called as an ‘Abode of Clouds’. Meghalaya generally tends to have just 2 prominent weathers - Monsoon and Winters. As you might already have heard names of Cherrapunjee and Mawsynram - first losing its title of 'Wettest place on Earth' to second, it is obvious that the state receives plenty of rainfall. Moisture laden air coming from Bay of Bengal tends to converge into a narrow area due to shape of Khasi hills. The hills force this air upwards suddenly and constantly resulting in quick condensation and resulting heavy rainfalls. Little moisture laden air escapes resulting in less rainfall in other areas such as Shillong. Winters can be chilly and the temperatures can go sub-zero with higher places like Shillong being colder than lowly plains of Garos. Summer months are usually warm but constant urbanization and deforestation is slowly making them hotter.

Abode of clouds, many parts of Meghalaya has long intense rains

The best time to travel to Meghalaya would actually depend on what is that you want to do there. We would divide the calendar year as shown below -

Dec - Mar: Dry Winters - Suitable for trekking but you will miss out on most waterfalls

Jun - Sep: Monsoon - Most people might feel uncomfortable due to heavy rains but is best time for waterfalls

Oct - Nov: After monsoon - Decently fair time to visit waterfalls as well as do some treks 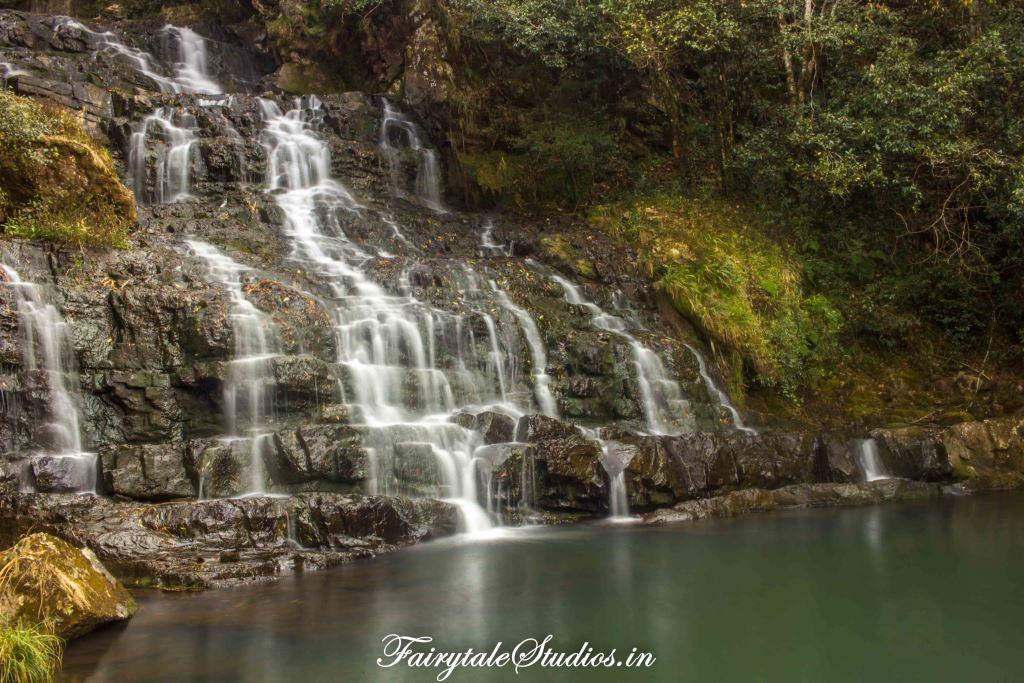 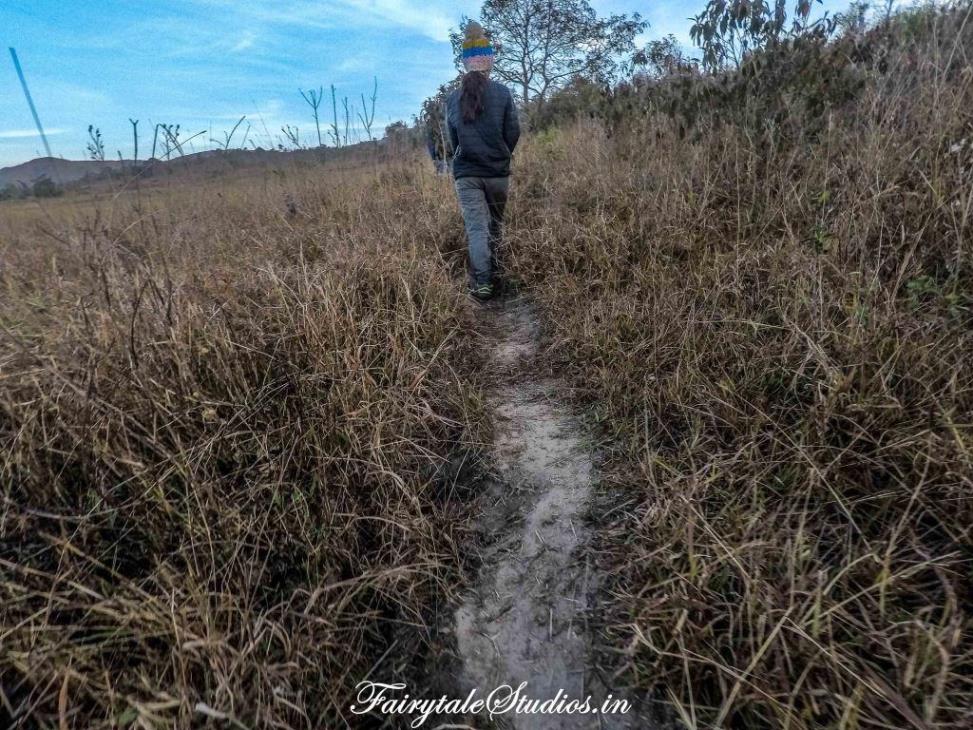 As said earlier Meghalaya has steep plateaus which combined with incessant rains results in countless waterfalls. There might be sights where you find it difficult to count the number of waterfalls you are seeing. So the question is do you want to see waterfalls or are you fine getting to see few waterfalls but would prefer trekking going through many trails in the region? Most of the trekking trails close down and are not suitable during monsoon as the soil is just too wet and marshy. Oct - Nov or even early Dec might be preferable if you want the best of both. Heavy rains would have resided but waterfalls would still be fresh and some trekking trails would be safe enough. Since all of these waterfalls are rainfed and not snowfed, they dry up. Only few can be seen after January but those too have feeble water stream.

Pin this image if you liked this article

Hope you are as impressed by the people and culture of Meghalaya as we are and have gained a basic understanding of the state through our 'Introduction to Meghalaya' article. In the second article of The Meghalaya Odyssey, we brief you through various places to visit in Meghalaya and will help you plan a trip to this beautiful state of Meghalaya. Do let us know your thoughts about this article in the comment section below.

Responsible Tourism - How to travel responsibly

Places to visit in Murudeshwar - A Travel guide

Register for our live blogging course

Best Travel Magazines in India & why you should still read them

Note - All photos shared here are of lower quality to enable faster loading. If you would like to buy/license any of the photographs you can drop us an Email